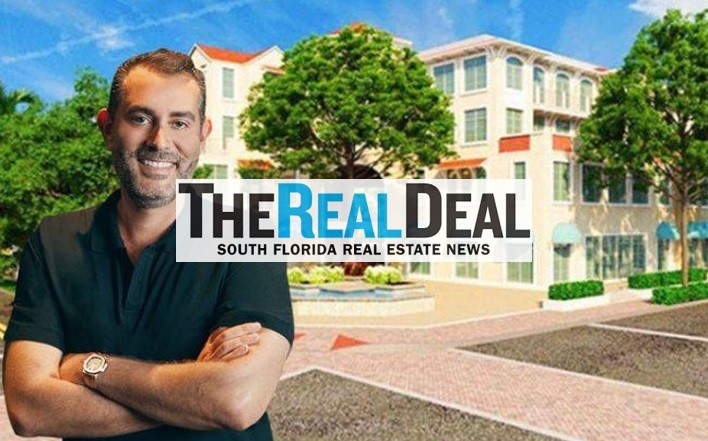 Pebb Capital closed on nearly 7 acres of land to build a project formerly known as Midtown Delray, months after the purchase was delayed due to a legal dispute.

Marshall Florida Holdings was the seller.

Pebb Capital was previously set to close on the deal Feb. 28, but it was stalled due to a dispute between the two companies that assembled the development site, Delray Beach-based Hudson Holdings and Marshall Florida Investments of Raleigh, North Carolina.

The dispute was partly over the share of the proceeds from the sale of the Delray Beach site. The suit was eventually taken to court and settled when Marshall Florida bought out Hudson’s stake this summer, according to Todd Benson, a principal at Pebb Capital.

The project will cost over $100 million to develop and is in a federally designated Opportunity Zone. Opportunity Zones give investors and developers the ability to forgo or potentially defer capital gains taxes if they invest in distressed areas throughout the country.

Office tenants will come from both Delray Beach and surrounding areas, since the project will consist of some of the only Class A office space in the city, according to Benson.

The company’s acquisition also includes Sundy House, a historic property that includes a restaurant, boutique inn and tropical garden. The group will also look to maintain six historic homes that it acquired in the purchase, Benson said.

Across the street from the commercial development, Pebb Capital also has land secured that has been approved for 100,000 square feet of residential units or hotel space. Benson said the company is not ready to disclose plans for the residential portion of the project.

Delray Beach is one of the hottest areas for new development in South Florida partly due to its walkable downtown.

Aventura-based BH3 recently got approval to build a mixed-use project in an Opportunity Zone on West Atlantic Avenue in Delray Beach. The project will include 43,000 square feet of retail, 21,600 square feet of office space, a grocery store, and 165 residential units.

In January, a joint venture led by 13th Floor Investments, Key International and CDS International bought the former Office Depot headquarters in Delray Beach for $33 million. The group intends to redevelop the property into one of the biggest projects in the city’s history.