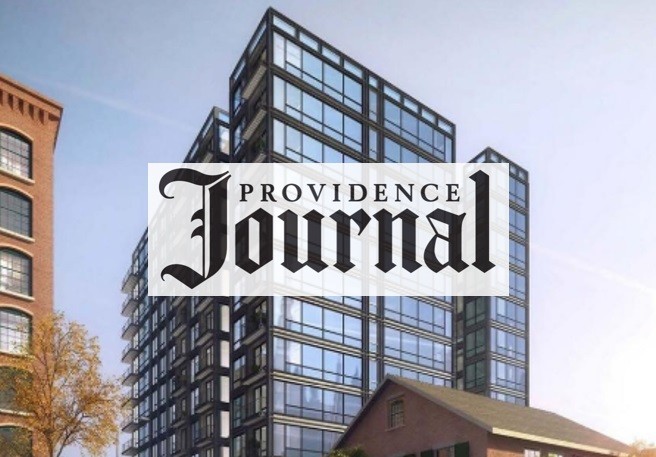 Providence’s Downtown Design Review Committee has approved plans for a 12-story apartment building on Chestnut Street in the Jewelry District.

The planned 131-unit high-rise would be built out of modular units with apartments above ground-floor commercial space occupied by tenants such as a gym, a coffee shop, a drugstore or co-working offices.

The Design Review Committee approved the design Monday night on a 4-1 vote (with vice-chairman Clark Schoettle opposed) over the objections of neighbors who complained that at 127 feet the building would be too tall.

Current zoning limits buildings to a height of 100 feet, but provides a 30% bonus for “active ground floor uses” that the developer sought and received from the committee. The apartment building would replace a two-story cinder-block building and a one-story garage at 151-155 Chestnut St.

The project is being proposed by Florida-based Pebb Capital, which hopes to take advantage of Opportunity Zone tax breaks to help finance the project. Michael Corso, the tax credit broker who helped facilitate the ill-fated 38 Studios deal, sold the Chestnut Street property to Pebb and is a minority partner in the project.

Bryna Winer, spokeswoman for Pebb Capital, said now that the project has been approved, the next steps are completing the design process and “working to secure retail tenants that are synergistic with the neighborhood.”