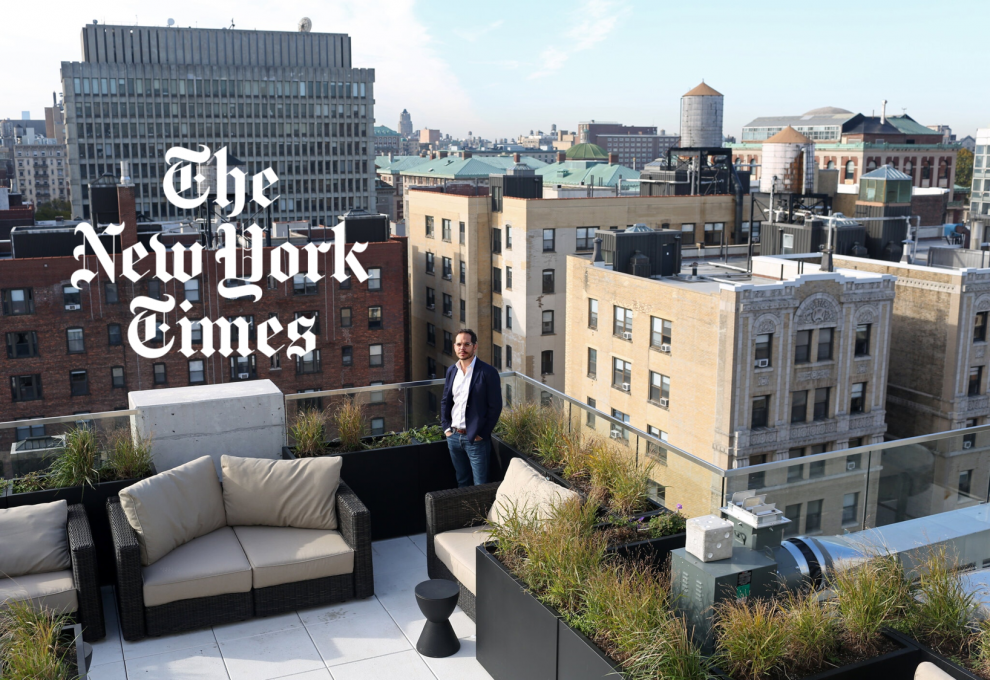 Real estate developers are seeking opportunities to buy student housing from strapped universities and convert them into apartments for white-collar workers.

Yeshiva University was in trouble, and Pebb Capital saw an opportunity.

The financial woes for Yeshiva, the oldest Jewish university in the United States, started in the early naughts, and by 2015, its endowment had shrunk by $90 million. To free up cash, the school began selling pieces of its real estate, including the Alabama, a student housing property in Manhattan that served students at Yeshiva’s Cardozo Law School.

Pebb Capital and its partner, TriArch Real Estate, bought the building for $58 million in 2016, blowing out interior walls and gut-renovating it to convert it from a dated dormitory into sleek, furnished apartments. The investors nearly doubled their money, selling the building for $104 million in February 2020; it now houses a mix of graduate students and young professionals.

“It’s not just students who want this sort of product,” said James Jago, Pebb’s managing director. Demand for inexpensive housing options is rising among those new to the work force.

Pebb wasn’t the only real estate firm to make such a realization. Other investors are jumping in, seeking opportunities to acquire dorms from struggling universities and convert them into housing for white-collar workers.

Thirty percent of American universities, both public and private, are running deficits, according to Moody’s Investors Service, and the pandemic has only added to financial pressures — virtual learning has put campuses into deep freeze, with online classes slashing the population of students who would have otherwise patronized campus bookstores, coffee shops and sporting events.

“It is absolutely a perfect storm,” said Michael Jerbich, president of B. Riley Real Estate Solutions. “The only thing they can do is turn to real estate or other hard assets.”

Since the pandemic hit, Pebb has overhauled two more student housing properties: The Cadence, in Tucson, Ariz., and Monarch Heights, in the Morningside Heights section of Manhattan, are now upscale apartments aimed at both students and young professionals. The shift has been playing out for years as universities face shrinking enrollments and ballooning debts, but as the pandemic worsens, college real estate will increasingly be redeveloped or sold, experts say.

Atlantic Union College in Lancaster, Mass., which closed in 2018, put its campus for sale in January; Unity College in Maine, which laid off 15 percent of its staff in August, is considering doing the same. In Vermont, Marlboro College sold its 500-acre campus in May to Democracy Builders, an educational nonprofit organization, and shut down shortly after. The Benjamin Franklin Institute of Technology in Boston announced in September that its South End campus would become a mixed-use site anchored by a nursing home.

The United States has the world’s largest student housing market, representing $11 billion in real estate investments, according to the National Apartment Association. And as the pandemic drags on and more universities feel the cash crunch, the endowment gap between legacy campuses like Harvard and Yale and smaller colleges is only going to grow.

“I think we’re really going to see a tale of two cities but also a tale of two universities,” said Laura Dietzel, partner and real estate senior analyst with RSM, an accounting firm.

The Cadence offered a rent-by-the-bedroom model before it was acquired by Pebb Capital in September for $33 million in a partnership with Coastal Ridge Real Estate. Pebb is planning a $12 million renovation to convert the property into studios and one- and two-bedroom apartments, bringing in amenities and design touches to attract young professionals, who are moving to Tucson in droves, many from nearby states like California, where real estate prices are significantly higher.

The building is a five-minute drive from the University of Arizona, Tucson, which makes it ideal for students wanting to live off campus. Once renovations are complete, rents will no longer be offered by the bedroom, said Mr. Jago, and he expects the renter pool will shift significantly.

“We’re going to become the prime downtown multifamily property for young professionals,” he said, “and maybe upper-class or graduate students, the kind who want to get away from the riffraff and the undergrads throwing up outside the bar.”

The student housing market is facing the same challenges as corporate office towers, both of which have been pummeled by the pandemic, said Patrick J. Sentner, an executive vice president for CBRE, a commercial real estate services firm.

“Each day that Covid drags on, the doubt and the debate about what is going to happen, office-wise with going back to work, is still going to be delayed until we get a vaccine,” he said. “And that’s exactly what is happening with student housing.”

Marketing student rooms to young professionals makes good financial sense, Mr. Sentner said: “You have people who can afford to pay the rent, who aren’t going to hurt the facilities, and you’re able to continue the cash flow being generated from the units.”

And in some cases, the students appreciate their neighbors.

Jacob Baumstein is a sophomore studying information science in a joint program at Columbia University and the Jewish Theological Seminary. Despite all of his classes being held online this year, he moved from his parents’ home in Charlotte, N.C., to Pebb’s Monarch Heights building over Labor Day weekend.

Despite his virtual courses, Mr. Baumstein chose to return to New York because he wanted a semblance of a college experience, and events like rooftop dinners on the outdoor terrace have helped create that.

The building, less than a block from Columbia, opened this summer and was initially meant to house Columbia students exclusively. But when the pandemic hit, Pebb began quietly shifting its marketing, promoting the building’s roof deck, fitness center, coffee bar and shuffleboard court to a wider audience.

“If I were in a building of all students, it would be a ghost town,” Mr. Baumstein said. “Because we have young professionals here, there’s life and a community feel.”

Across the country, the pandemic has thinned out dorms at other universities, which have either shifted rooms to single occupancy from doubles and triples or closed them altogether, putting a strain on their finances. But privately owned student housing properties, which often offer better amenities and more modern décor than on-campus housing options, report balanced budget sheets.

“During Covid-19, we collected 98 percent of our revenue,” said David J. Adelman, chief executive of Campus Apartments, a student housing provider with properties in 15 states.

Mr. Adelman says his properties are down only about five percentage points in occupancy this year, a strong sign that the demand for student housing remains, and if colleges can’t provide, private entities are eager to step in. For students, however, that means both rents and competition for the best housing will increase.

In Austin, Ari Rastegar, chief executive of Rastegar Property Company, has acquired and refurbished more than a dozen multifamily properties in the past year. They include Plaza 38 near the University of Texas, Austin. Once home to 50 percent students, the building has been updated with new amenities and rechristened as an upscale property called Hyde Park Square. Rents increased about 25 percent in the process.

When the pandemic hit, Mr. Rastegar said, he feared students would not come back. But many upper-level students did return, and like Mr. Baumstein in New York, they wanted to live near campus, even while classes are online. But Mr. Rastegar’s model, like that of many developers, to purchase, renovate and market beyond students, is now in full swing.

Mr. Jago of Pebb agreed. “Covid hasn’t really changed anything for us,” he said of his business strategy. “It was a catalyst for existing trends that were already in place.”